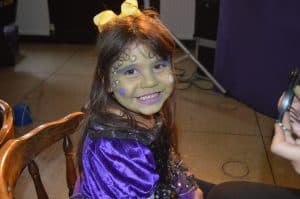 the best children’s party ideas for a 4 year old

So what is the best birthday party?

Is there a difference for 3,4,5 or a 6 year olds party? The choices are endless, the sums of money one can spend, are over whelming. With all this in mind its easy to lose sight on what really counts?

Most children want, what their friends are having. But is that the best option?

Lets consider some of the options:

Ballpool party: Ball pools have become very popular in the last 10 years, starting off in pubs and eventually taking over complete buildings. usually somewhere to take the kids after school or on a weekend to blow of steam. Due to their industrial size and non intimate nature, usually being shared by 3 other birthday parties at the same time. the ball pool has become the production line for the modern birthday party. If your the type of parent who want’s to turn up, get the party over and done with as quickly and painlessly as possible? this option may be for you.  But as a dad of 4 children, who did opt for this style of party once, it has no existance in my favorite memory box. In fact, i could not even find any photos of such an occasion. yet I’m sure it happened, or did it just merge into all the other occasitions we visited the ball pool?

Bouncy castle party: Taking place in the garden or community hall. Bouncy castles have had a bad press lately, but if they are properly set up and supervised, at least 20 minutes of fun may be had. Then the kids jump off and run riot! it was only a few weeks ago, since i had to take my 4 year old to such a party. i’ve never seen my clock handle click around so slow. Unless your great at supervising games, don’t expect a lone bouncy castle to entertain 25 kids for 2 hours. If your holding a party in your garden and live in Florida? then your likely not to have showers, in the UK. you had better have plan B ready!

Trampoline park: Now, ill admit. i’ve only ever been to one kids party at one. But it was an 8 year olds. Even so, they had hired me, performing magic for the second part of the party. So maybe this type of party should be for the older kids only? The availability of these trampoline parks tends to be increasing, not everyone can go on a trampoline? Wheel chair kid, Asthmatic kid are just a couple of the kids that want be able to come to your child’s party.

No matter how big the bouncy castle, how wonderful the trampoline park looks, how well surpervised and clean the ball pool is. You will hear more laughter coming from a bad children’s entertainer than any other type of activity i can think of. Get a good children’s entertainer and your kids will have the best of times. I can only think that a pantomime might beat the experience. But at the expensive of the theatre, we can rule that one out. A good children’s party entertainer will take over the whole party entertainment for you. just the anticipation of the show starting creates excitement. The parents and grandparents are just as exited as the kids. what other entertainment can do this?

How to find the best Children’s entertainer for your party?

Lets assume you don’t have any recomendations to go from and no one from mark’s magic kingdom is available. How do you get a good children’s party entertainer?

Here is a little trick! Ring a few entertainers in your area, until you talk to one, who’s not available. Ask them, who they would recommend? They allready know all the competition in the area. they may say who to avoid and probably give you a telephone number of a great entertainer who does not usually advertise.

How to save money when booking a kids party entertainer?

Using recommendations from relatives should be the first way to book. check out the reviews on facebook for any entertainers your about to book.

The old fashioned way of booking an entertainer is through a booking agent. They should have a good relationship with a children’s entertainer and should have seen at least part of there show. Unfortunately most agents don’t have this background and are booking through the same information that you can find yourself on line. oh, you will also be charged at least 15% more than if you booked direct with the entertainer.

There are also, entertainment booking platform such as Bark and Poptop. In this case you will be dealing indirectly with the entertainer. these platforms don’t check out the act. They are just a gateway to the act. because of this, the act themselfs will be paying for this service, even if it appears your getting this service for free. this means the act will add the price on. usually at least 10%.

What happens if i book an entertainer, then I have to cancel?

Most entertainers will send you out a confirmation letter with the terms and conditions on it. Some professional entertainers will ask for the full fee to be paid up front, after all they need to make their wages over that weekend and cant afford to lose a booking. Some will take a booking fee, some a deposit. Remember a booking fee is not refundable.

How to make sure your entertainer turns up!

First of all, lets see this from the entertainers perspective! For someone to call and say “why arent you at my party”? Serious this moment really sucks. I mean your heart goes into your shoes, but it’s not always the entertainers fault. As an entertainer, we try to put as many fail safes as possible. Some people have called our office, given the location, who’s its for, the time. then received a price. At this moment, in their mind. they thought they booked in, in the entertainers mind, it was just a quote.

How to make sure, your booked in?

Did you get your confirmation letter?

Did you send the signed agrement back?

Was the correct address given for postage?

Did you remember to pay the deposit?

Did you really book? or ask for a quote?   On many occasions we have had the dad ring us, “our entertainer has rang, and let us down”! I’ve asked the name of the entertainer and i can hear them making one up, Mr merlin was one of them! Haha! there is no one in my area called that, not for 100 miles! In other words, I’ve really messed up and forgot to book an entertainer. we all make mistakes, be honest! and we will endevour to sort you out!

Sometimes shit happens! Break downs, break in’s and the most annoying for me was our motor broke on our roller shutter door. Remember to check out events in the area, i know one entertainer who could not through the gay pride parade!

i simply could not get any magic equipment at all. But ill do anything i can to cover a show, i have a list of other entertainers. just in case. the last thing an entertainer wants to do, is not entertain!

What should i do, if the entertainer cant get there?

First and foremost, ask the entertainer you booked to provide a replacement. They have all their contacts and can do this faster and quicker than you can. They may be incapacitated. Use google to find a entertainer in your area, explain what has happened. I’m sure they will do, what ever they can to help you out.